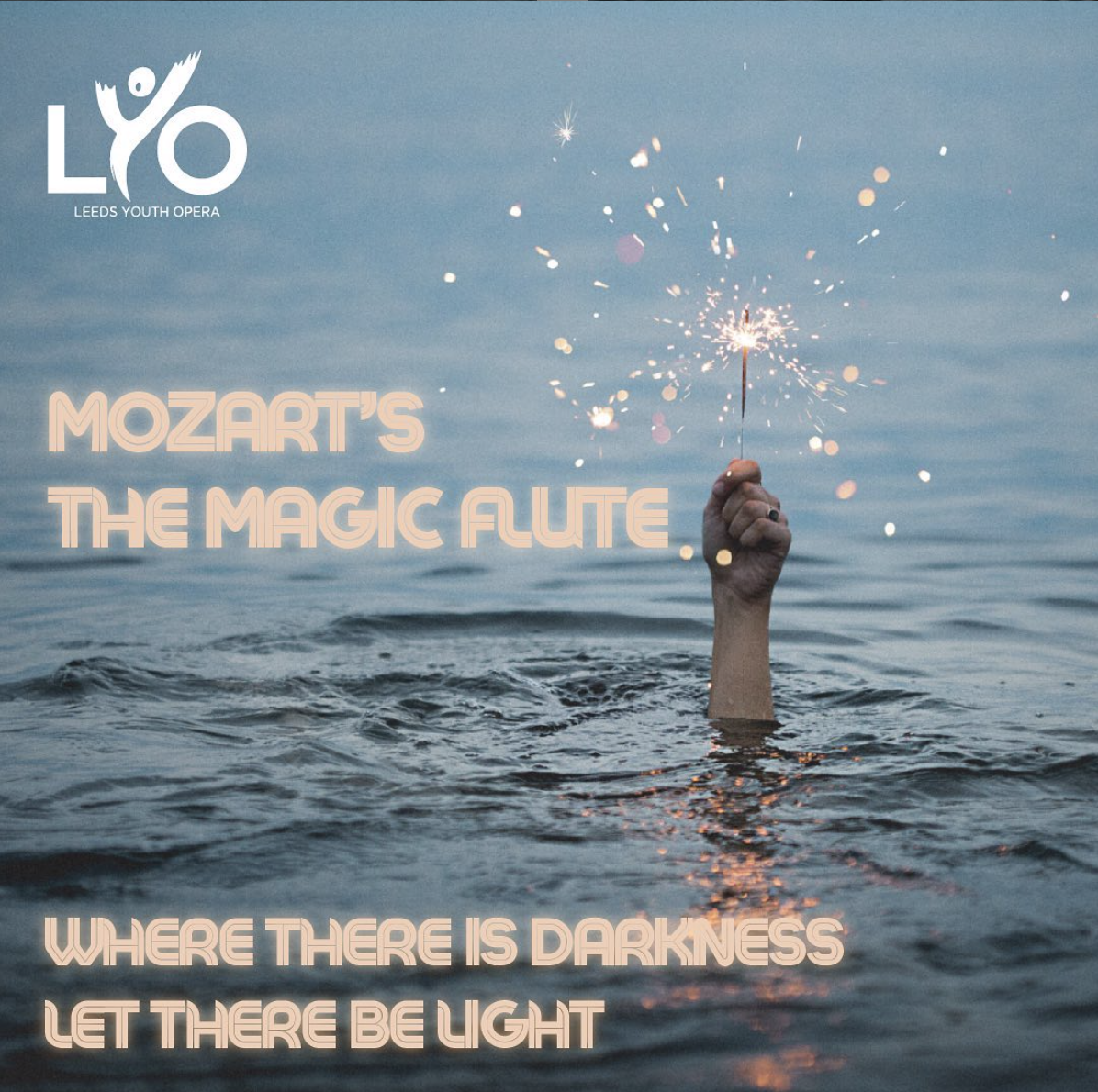 Leeds Youth Opera are building a create-your-own-adventure-book style digital experience for audiences online. This new and ambitious experience will be part-opera, part-fairytale, part-game where the audience decide which path to choose next!

Our digital adaptation of Mozart’s story of darkness and light, good and evil is set in a futuristic and technological world. Think of the worlds of Black Mirror, Dr Who and The Handmaid’s Tale! Using these near-future, dystopian worlds as starting points we will work with the cast to create our own world for The Magic Flute.

The company will be directed by immersive theatre director Alex Palmer, Alex has directed plays and operas but has also designed video games, created apps and built escape rooms! “This is a completely new way of experiencing opera – I don’t think it has ever been done before like this!” – Alex Palmer

What you can expect:

This production will work on a similar basis to our normal shows, with rehearsals initially on a Saturday morning.  At first these will be on Zoom, but we hope that we’ll be able to get people together in small groups as soon as possible.  As we are aiming to film the whole production, we will be working to prepare scenes to include action and emotion as we go so that, by the time they are filmed, everyone knows what they’re doing all the time.  The filming will take place over several weeks and, rather than getting everyone to record themselves singing solo at home, we hope to be able to bring people together into groups.  As in our normal shows, the chorus will play a major part in the whole piece, with a larger role than in Mozart’s original opera.  This means that everyone gets more to do, and that the solo roles (of which there are a lot) are slightly smaller and less tiring for younger voices.

INTERESTED? If you are aged 11-25 and enjoy singing, then this is for you!

Please send an email to: leedsyouthopera_group@outlook.com to register your interest. 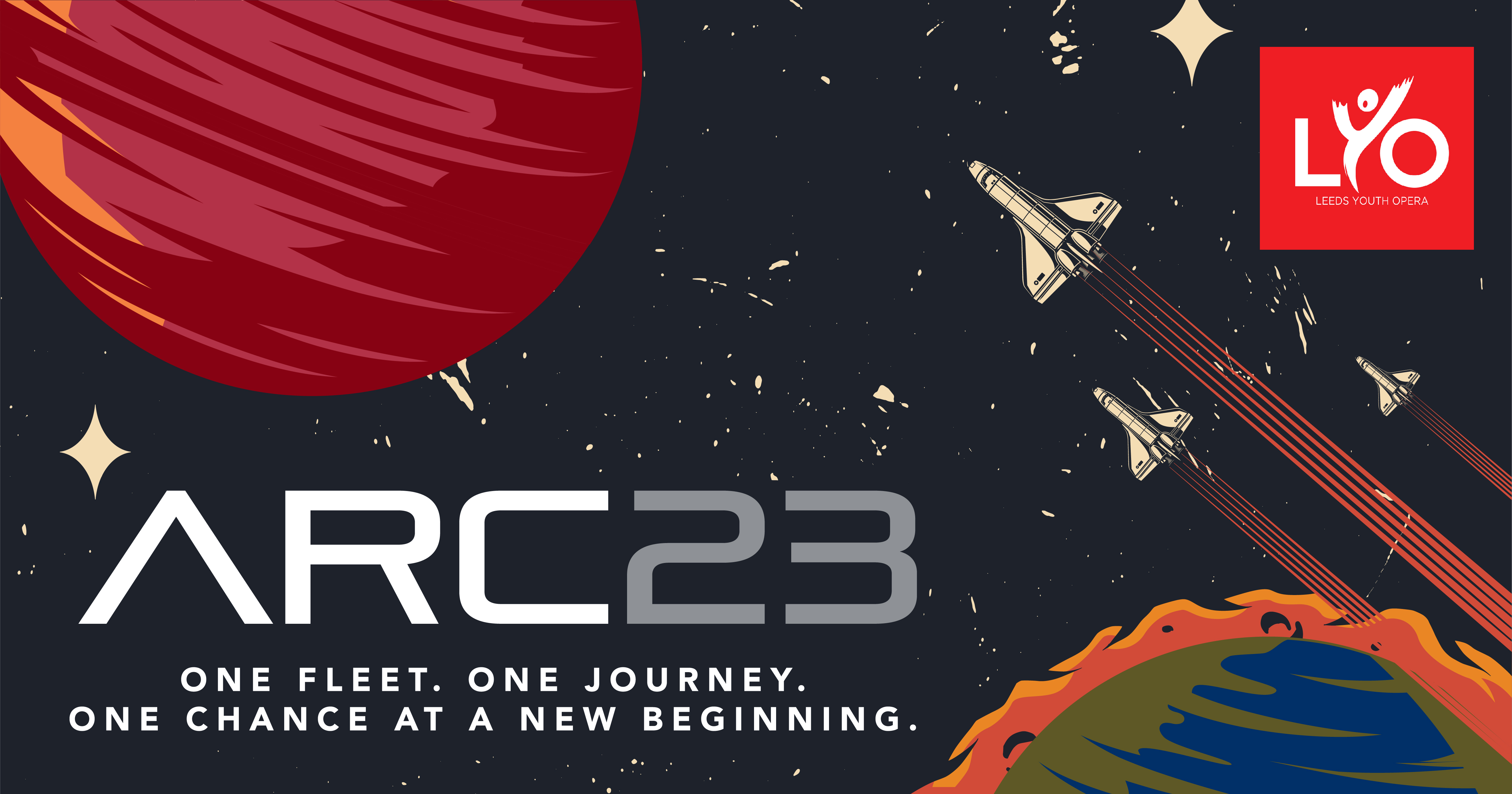 We are delighted to announce a new one-act opera commission to celebrate our 50th anniversary in July 2021!

The celebrated creative team of Lewis Murphy (composer) and Laura Attridge (librettist) – working under the partnership Murphy & Attridge – have begun work on ‘ARC23’ – a pertinent and gripping tale for our time, exploring our changing climate, the nature of isolation, and the intractable nature of human behaviour:

“An expeditionary space force sets forth to establish a new colony for humanity, who are escaping a dying home planet. When communications with Earth fail, however, and all hope seems lost, how will the crew navigate their way out of the unknown …”

Laura Attridge (librettist) – “I am honoured to be a part of the celebration of Leeds Youth Opera’s 50th anniversary, particularly as a Yorkshire lass, myself! This commission for the performers of LYO offers a fantastic opportunity to write a piece which not only showcases their talents but also speaks to their concerns as young people in the world today”

Lewis Murphy (composer) – “I am thrilled to be writing a new opera for the 50th anniversary of Leeds Youth Opera, a company whose ambition and commitment to youth music making are simply inspirational. Laura and I have already started to develop our ideas and we’re both very excited; I can’t wait to start composing!”

Due to Corona 19 Pandemic the usual  August LYO Summer School 2020 has had to be cancelled.

KEEP UP TO DATE